When we decided to visit Harpers Ferry, we immediately thought John Brown and that was basically all. Our American history class in high school taught about John Brown and, depending on your viewpoint, his actions made him out as either a lunatic or a visionary or perhaps a bit of both. His methods were frightening and unorthodox but his attack on Harpers Ferry was one of the first acts of the impending civil war and, in the long run, the civil rights movement. In Honors class with Mr. Yates, we discussed the epic poem “John Brown’s Body” by Stephen Vincent Benét in great detail but we never heard about the Civil War battles that took place at Harpers Ferry, or if we did, we somehow missed that part. So Tom and I were surprised when we visited Harpers Ferry National Historical Park. There was a lot more to Harpers Ferry than we realized. 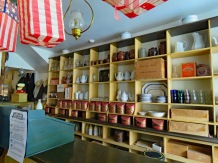 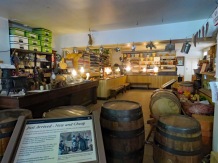 Harpers Ferry is located at the confluence of two major rivers: the Potomac and the Shenandoah. This was an advantage for trade, for westward migration through the water gap, and for the location of a U.S. Armory and Arsenal. Harpers Ferry was one of the most advanced industrial complexes in America by the 1850’s.

John Brown’s raid on the U.S. Armory and Arsenal at Harpers Ferry took place October 16-18, 1859. Determined to arm enslaved people and spark rebellion, John Brown and his followers seized the armory and several other strategic points. The raid failed with most of the men killed or captured. On November 2, John Brown was sentenced to hang and he was executed on December 2 in Charles Town, Virginia.

At that time, Harpers Ferry was in Virginia (West Virginia did not exist). This previously ideal location began to be a distinct disadvantage to the community of Harpers Ferry on April 17, 1861, when Virginia seceded from the Union. The townspeople were divided as to where their loyalties lay. Lt. James was in charge of protecting the U.S. property at the Armory and was understaffed, and Harpers Ferry was in the crosshairs of the Confederacy. Harpers Ferry occupies a point of land at the confluence of the two rivers and is surrounded by heights on three sides, making it very difficult to defend.

The town of Harpers Ferry, truly a border town, experienced five battles in two years. The town changed hands between the Union and the Confederacy eight times in three years. Each of those times was hard on the community. 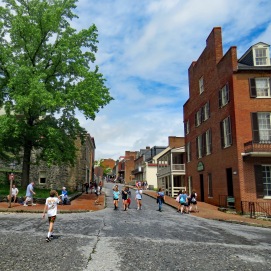 April 18, 1861, the Union defenders destroyed the U.S. property they could not remove from the town and set fire to the Armory and Arsenal as the Confederate forces advanced. The Union fled and Virginia militiamen took over the town, tore down the Stars and Stripes, and hoisted the Commonwealth of Virginia flag. This was the first day of the war in Virginia.

At the beginning of the war, militia duties were handled democratically which often meant little real order. However, with the arrival of Col. Thomas Jackson, Harpers Ferry was transformed into an army town. June 13, 1861, General Joseph Johnston evacuated the town, destroying the armory buildings and the railroad bridge. The railroad through Harpers Ferry was crucial for the movement of men, supplies and materiel. Throughout the war, the railroad bridge was repeatedly destroyed and rebuilt, as was the bridge over the Potomac.

In the ensuring conflicts the town was pretty much destroyed, its industries decimated and homes and businesses abandoned by most of the residents. Prior to the war, the population of Harpers Ferry was about 3,000 and, at one point during the war, it was reduced to about 20 families. 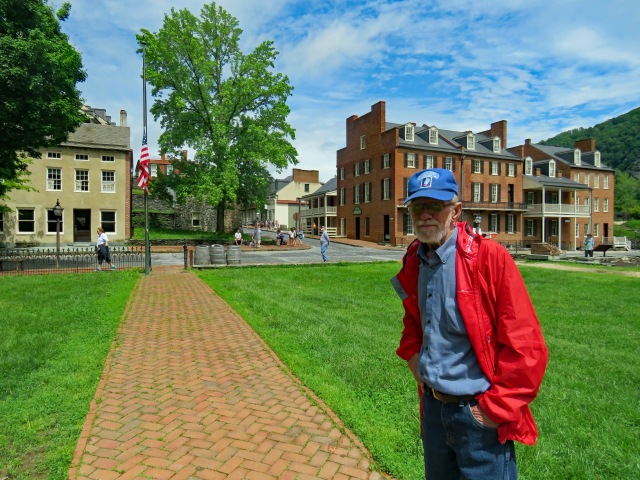 At times there were enormous garrisons at Harper’s Ferry and at other times, it was sparsely defended. In the fall of 1862, there were as many as 60,000 soldiers at Harpers Ferry.

June 20. 1863, in the midst of the Gettysburg campaign, the western and north central counties of Virginia broke away from the Old Dominion and were granted statehood as West Virginia. Harpers Ferry was now officially Union, but it wasn’t until July 7 of 1864, when the town changed hands for the last time, that it was in Union control and remained that way.

We arrived at the Visitors Center of Harpers Ferry National Historical Park, picked up our maps and information and caught the bus to the Lower Town: an 1800’s town, John Brown’s fort, armory site, information center, films, exhibits and the C&O Canal. We visited the museum, explored and examined John Brown’s “Fort” (the building in which he made his final stand).

This Church escaped relatively unscathed during the Civil War, as Father Costello flew the British Union Jack over the church as a symbol of neutrality to protect it from both Union and Confederate bombardment.

St. John’s Episcopal Church did not fare so well. One of Harpers Ferry’s five original churches, it served as a hospital and barracks during the Civil War and suffered considerable damage. It was rebuilt later but abandoned in 1895. 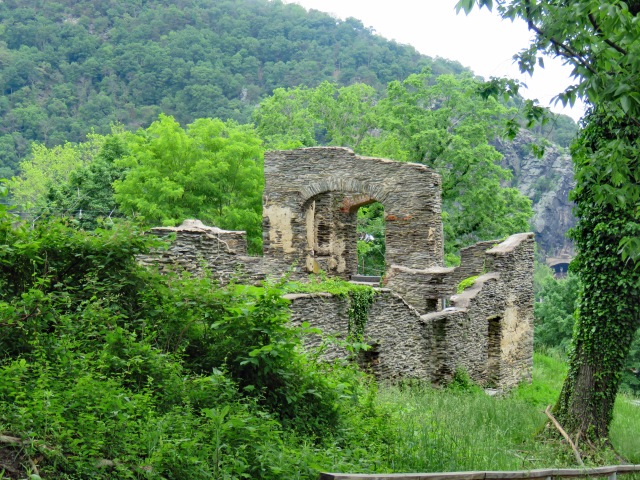 Jefferson Rock is on a promontory above Harpers Ferry. In 1783, Thomas Jefferson visited Harpers Ferry and waxed poetic over the view of the two mighty rivers joining. It was a magnificent sight. 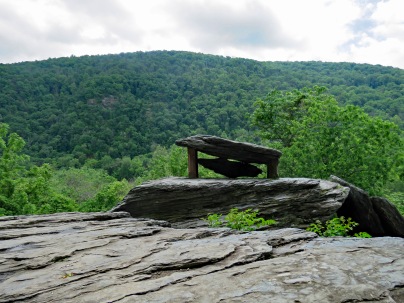 The day we were at Harpers Ferry it was very warm and humid, raining off and on. We were somewhat limited on time but learned much during our visit. Prior to this trip, we were reading the American Library series of books entitled The Civil War. Each of the four-book set covers one year of the war and is made up of primary source material. Reading diaries, letters to and from soldiers on both sides, reports from generals, speeches, etc. provides real insight into the people who actually lived then and were a part of that American conflict. A person’s perception is his/her reality and those realities collided dramatically in a major turning point in our national history. Harpers Ferry provides a glimpse into that part of our American history. 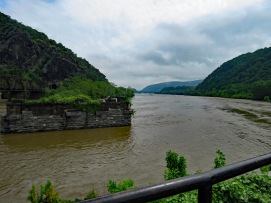 For other pages pertinent to this time period: